Below we have a test case configured to query information about a specific user. The username is a variable and is set to "User 1" 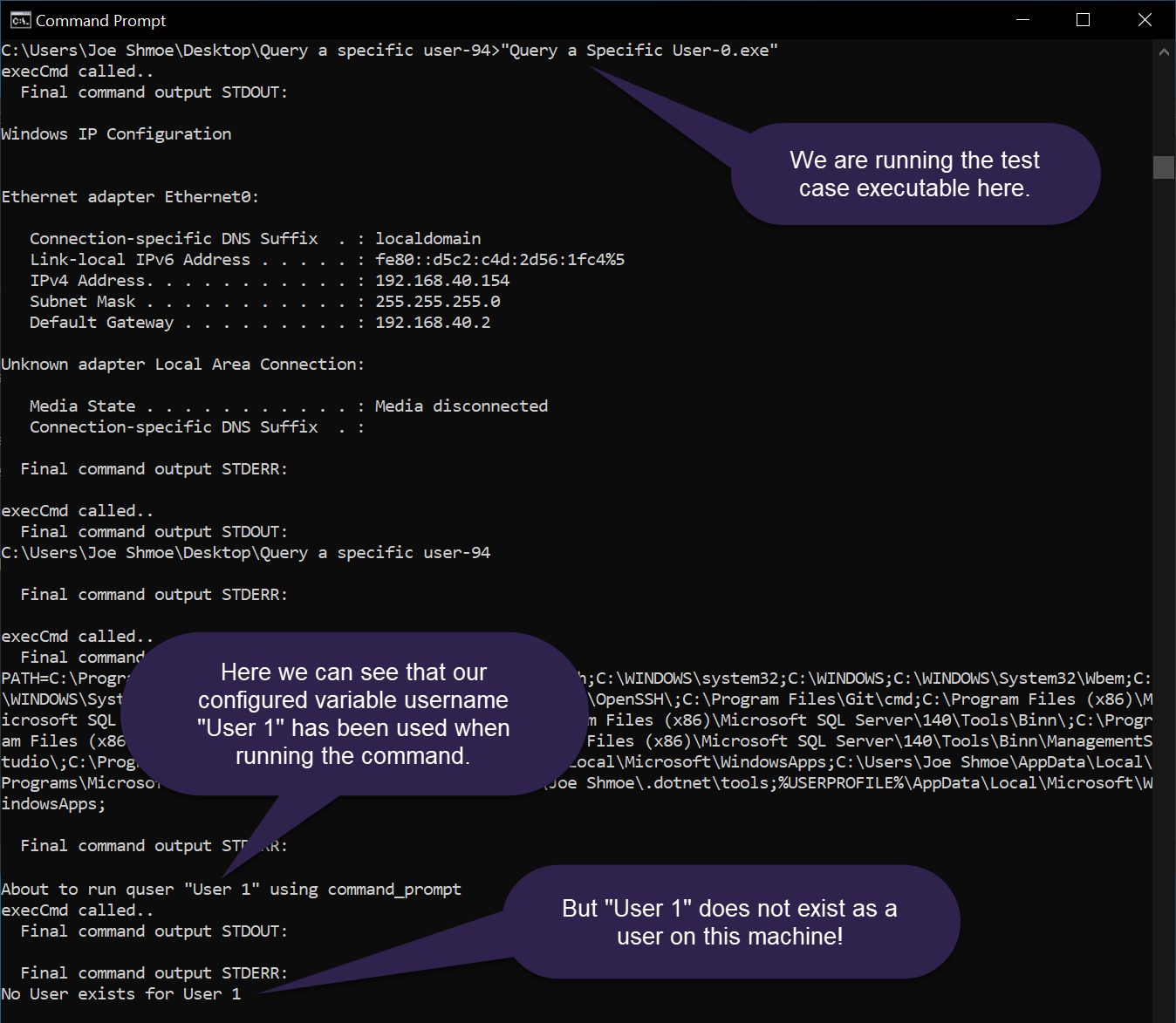 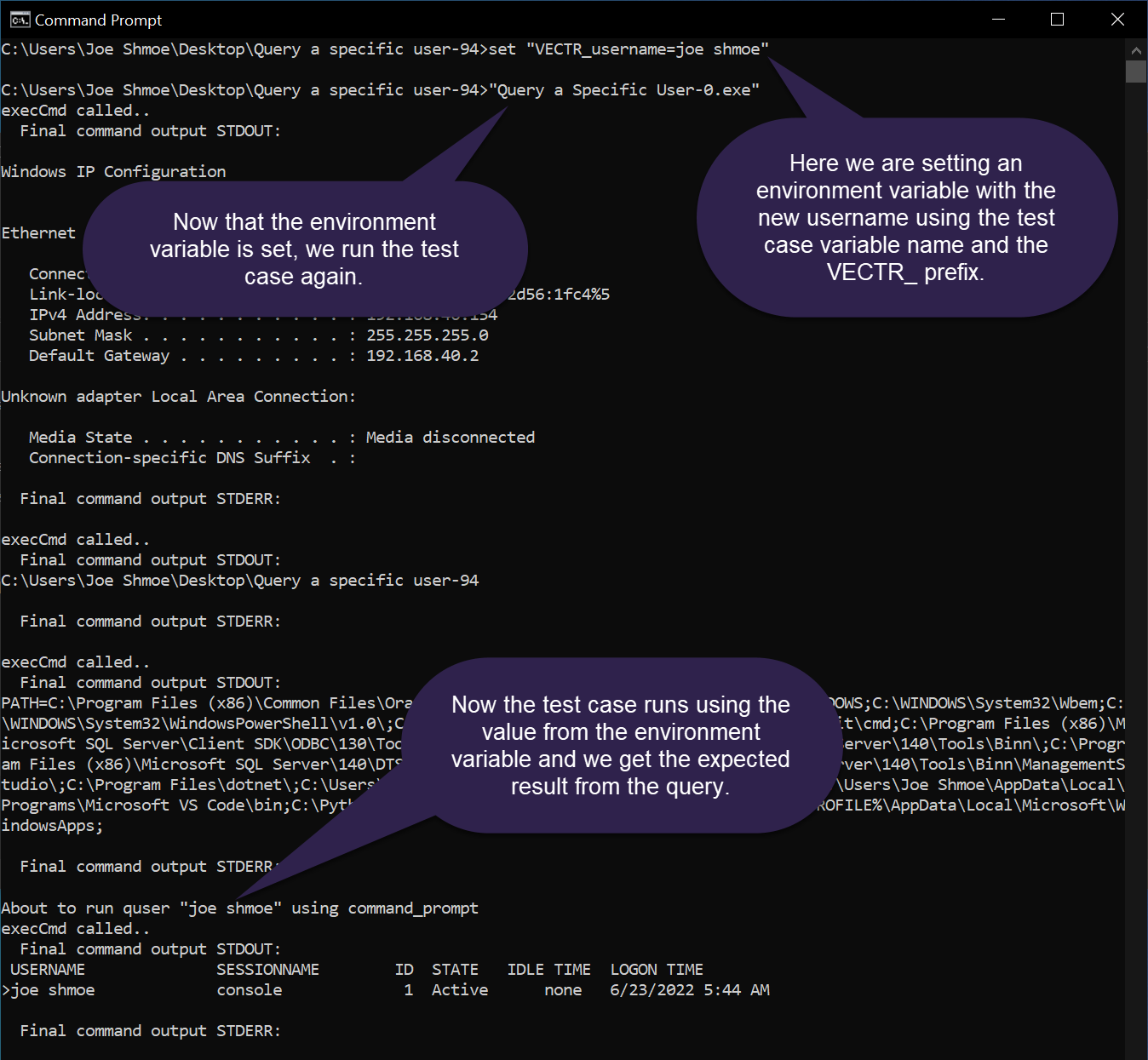